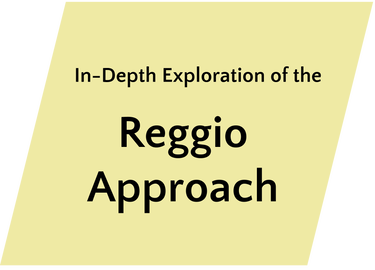 This community of practice is designed for those who have had previous learning and/or exposure to the Reggio Approach. If you would like to deepen your understanding and practice around research-based learning processes, documentation, and interpretation in the context of a Jewish environment, then this class is for you. Every session will be interactive and is based on practical classroom situations that will be brought to the sessions by each participant. We will take examples from your practice to make it relevant to your daily work as we offer curricular knowledge and connected concepts from the Reggio Approach and analyze them together under the leadership and guidance of the facilitators.
About the Facilitators
Mara Bier is an Educational Consultant living in Rockville, Maryland. She has a Master's Degree in Early Childhood Special Needs and Community Leadership. She has been in the field of Jewish Early Childhood Education for 38 years. Mara was the Director of Early Childhood at the Jewish Federation of Greater Washington until 2017. When there she brought the Reggio Approach to the D.C. Jewish Community. Mara's first trip to Reggio was in 2000 and she has returned many times. Most recently she has co-led seminars to Reggio Emilia for Jewish Early Childhood Educators with Naama Zoran. Mara has consulted and presented workshops and lectures around the country. Currently she is working for SOS International where she is consulting with Jewish preschools in Eastern and Central Europe, focusing on rebuilding the Jewish community through high quality early childhood programs. She says, “I believe that once we know what is right for children, we cannot offer them anything less.”

Dr. Naama Zoran is a psychologist and educational systems consultant. Naama is an advocate for the right of every child to be seen, heard, and entitled to be regarded as an equal citizen in our world. Twenty-four years ago, Naama encountered the profoundness of Loris Malaguzzi's humanistic educational vision and dedicated her life to learning the vision (including learning Italian) and sharing it in the deepest way possible. Naama is a member of the Reggio Children International Network as a representative of Israel, and works In Israel and the United States. She says, "I am fighting mediocrity, indifference, and blindness every day and will never stop believing that children deserve the highest quality possible at any given interaction."
Dates & Times
The Community of Practice will meet on Sunday mornings from 11:30am-1pm ET/ 10:30am-12pm CT/ 9:30-11am MT/ 8:30-10am PT.